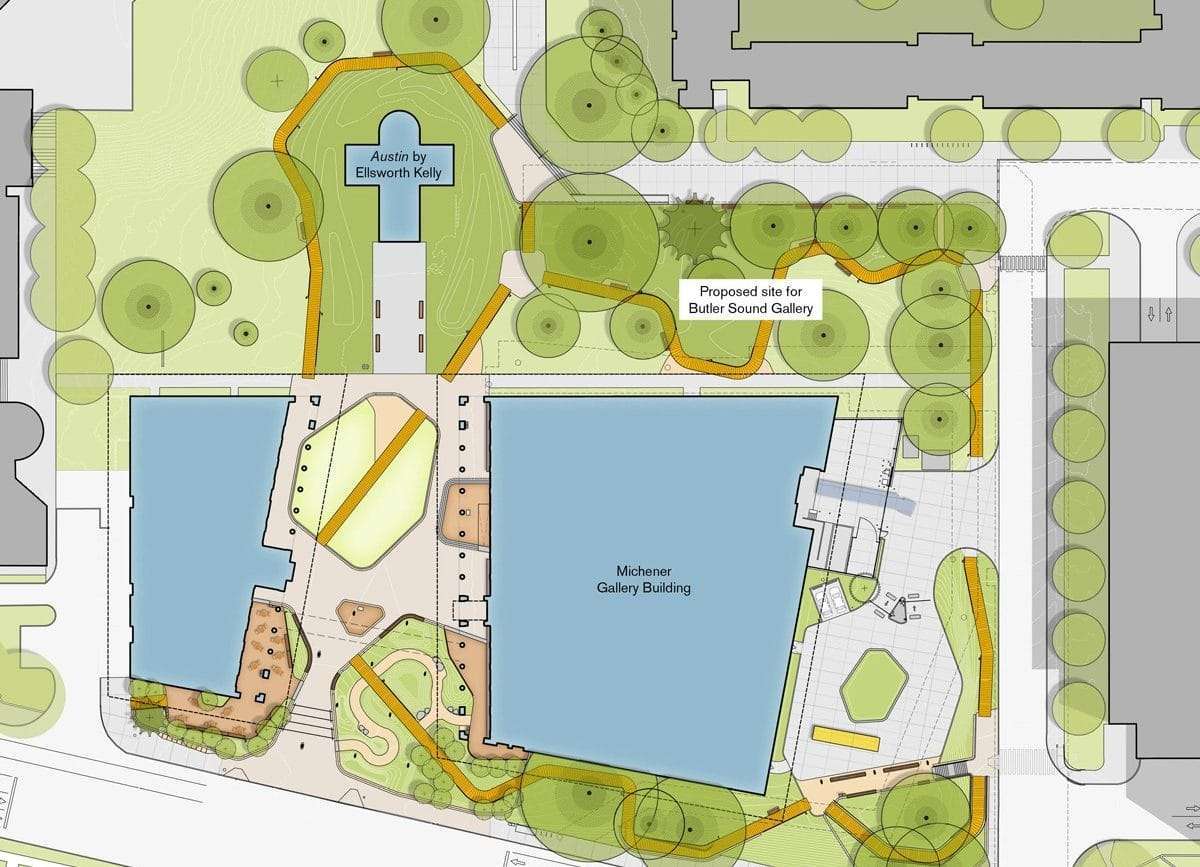 Austin’s leading arts philanthropists Sarah and Ernest Butler have donated $ 5 million to the Blanton Museum of Art to create a long-term outdoor space dedicated to sound art, the museum announced today. from the University of Texas.

The Butler Sound Gallery will be located in a park-like area on the north side of the museum’s Michener Gallery building and just east of Ellsworth Kelly’s “Austin” monument. It is part of the large-scale revitalization of the Blanton field, which includes a wall commission by Cuban-American artist Carmen Herrera and the new Moody Patio which incorporates several performance spaces, all to be completed by the end of 2022.

The outdoor gallery will open with an in situ installation by composer and sound artist Bill Fontana (b.1947) that incorporates recordings of the wildlife and geological structures of the Texas Hill Country collected over four seasons. Fontana is interested in recording the area’s birds, bats and other wildlife, as well as exploring the sounds associated with the particular geological features of the area, including limestone caves and aquifers. .

Work on Fontana will begin when the new land project comes to an end at the end of 2022 and is expected to remain in place for two years. The butler’s donation includes an endowment for future sound art installations.

“As longtime members of the museum and members of the Blanton National Board of Directors, we have witnessed the vital cultural resource that Blanton has become – and will continue to be – for our community,” said Ernest and Sarah Butler in a press release. “We are proud to endorse this innovative outdoor sound gallery at the museum and to name it in our honor.”

Over the past decade, the Blanton has had an active program showcasing sound art, most notably with its acclaimed “SoundSpace” concert series, launched in 2010 and hosted by award-winning artist and musician Steve Parker..

Le Blanton has also teamed up with UT’s Butler School of Music – so named for the $ 55 million donation the couple made in 2008 – to present live concerts in the galleries.