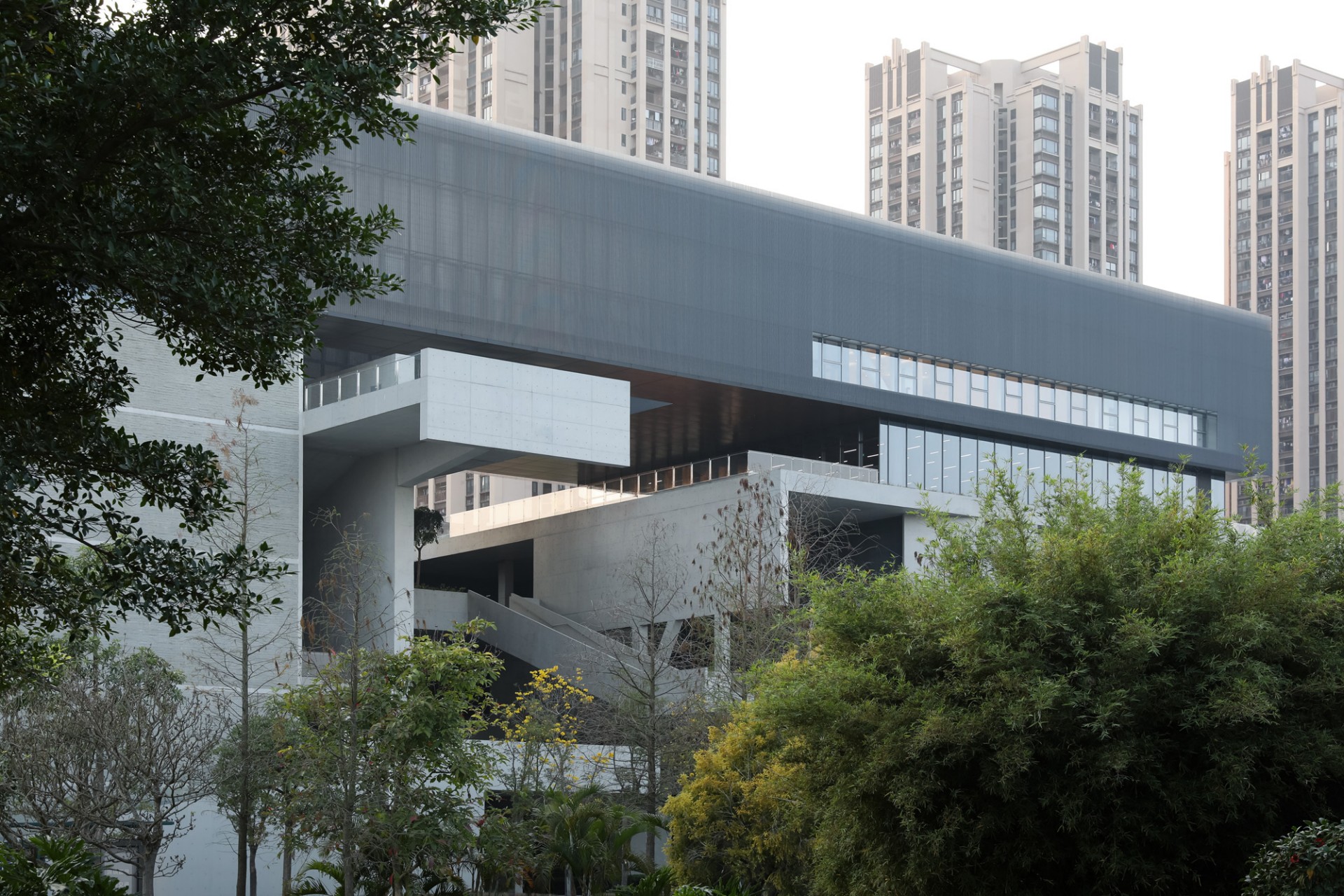 Pingshan Art Museum is the result of an international competition organized by the Management Committee of Pingshan New District, Shenzhen China Merchants Real Estate and the Shenzhen Municipal Planning and Local Resources Committee. It is one of the most interesting examples of recent developments in the concept of museum in china, which has the power to convey the life of an entire district around its architecture. With the call for tenders announced in 2013, the competition for the “Pingshan Cultural Village” saw the consortium led by the architect Dong Gong of Architects Vector awarded the project from a shortlist of eight carefully selected teams.
Perhaps the biggest influence on the jury’s decision was their appreciation of a proposal that was not limited to envisioning new exhibition spaces, instead of rethinking the very meaning of a cultural space itself. as part of the process of urbanization of a city. Indeed, the architectural solution proposed by Vector Architects challenges the philosophy of the museum as a closed megastructure: an idea that has characterized many episodes in recent history. The new design undertakes a decomposition of said idea through overlapping, separate, juxtaposed and staggered levels and structures, leaving spaces that are filled with a carefully designed natural element.

Built on a site north of central Pingshan, the west side of the museum features a residential area characterized by tall towers, while the east side houses a large urban park with water basins. The museum is aligned with the north-south axis that separates these two areas and was designed with the aim of bringing them together, creating covered but open spaces – urban voids designed to sit at different heights to serve as meeting places for people.
Unlike the relatively strict zoning of the surrounding area, the Pingshan Art Museum was designed specifically to combine exhibition galleries, a theater, a library, commercial spaces and natural environments, making a active coexistence between cultural experiences, entertainment and the daily pleasure of the city.
From a tectonic point of view, the museum is an imposing complex of concrete beams and slabs and vast curtain walls, which gives it a very impactful presence in its context when viewed from afar. When approaching it however, the composition is clearly more open and permeable, colonized by green roofs and squares which break up the density of the volume.
The total area – an incredible 74,000 square meters – is spread over specific units of different sizes which, although stacked on top of each other, retain their formal autonomy. Instead of a uniform structure, these form a multifaceted spatial system in which the architecture is the first clue of the functional polyphony to find inside. In addition, the decision to raise a large part of the volumes on pillars effectively freed the street level for pedestrian traffic and light vehicles, creating user-friendly access paths between the residential area and the park. Meanwhile, the upper floors – accessed by a system of stairs – are characterized by pedestrian walkways and dominant cornices, not reserved for those entering the museum spaces, but rather public and freely accessible to all. This promoted the formation of raised squares: alternative routes that also offer stunning views of the city and the park, allowing people to walk through the museum as part of their daily commute.
People can wander as they please on these suspended platforms, pause in the green squares nestled in the interstices, and wander between blocks with different functions. At the same time, the design of the green and shaded spaces themselves means that the outdoor spaces naturally lend themselves to events, community gatherings, or just daily gatherings. The abundant space under the eaves creates sufficient natural ventilation, shade and shelter from rain, ideal for the hot, rainy and sunny climate of Shenzhen.
As such, the museum building is no longer a visual phenomenon in which people move when traveling between different parts of the city, but rather transit infrastructure in itself – a seemingly only barrier that unites, connects and creates moments of urban connection.